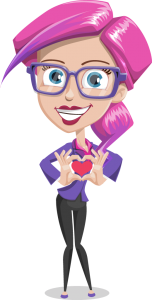 Every bingo lover I know remember his/her first bingo experience and memories, when I am playing bingo at offline bingo halls, I am chatting with my fellow bingo lovers, I have some stories and hear my other stories as well.

I am doing the same when playing bingo online depends on the chat going on and the bingo friends with me, hey I must feel comfortable enough, that’s the secret. I gathered here my personal bingo experience and memories and some of the wildest stories I have heard, hope you find it interesting.

My first ever bingo memory was a 4 days holiday back in 1980. My father worked for a big public transportation company and his branch had this fine holiday in a town I even don’t remember the name, all I remember it was near a beautiful lake.

The last day at the afternoon, all the employees gathered to play bingo in a nice hotel hall and we played bingo. That was the first time I actually saw my parents playing bingo, I knew they were playing bingo from time to time but I remember the excitement I felt before the game started, for me it was the highest pick of the whole trip.

That was no money bingo, it was play for prize bingo, at that day, my parents gave me 1 of their bingo cards, I remember I kept on praying the whole time, it was so important to me, I really wanted to win, 5 year old boy whose greatest desire at that day to win the superb prizes on stake.

The first few games, my parents didn’t win a single prize, I was so sad almost cried when I saw my father’s colleagues picking up their winning prizes and than, out of the blue at the 4th game, I realized I am winning this game, I was too shy to shout it out, a boy in the realm of adults and my mom noticed that and shouted out loud B I N G O, she told me it’s my winning and we walked out proudly together to pick up the prize, it was a Swedish cookie machine with the blue and yellow colors of Sweden. those were a hit in the 70-80th and as a boy who loves to eat cookies, I couldn’t ask for more.

That Swedish cookie machine followed me all of my childhood as I was helping my mom making those nice butter cookies until I was 12 (usually in the winter times). Every time my mom and I were preparing the dough, we mentioned it’s all coming from the prize bingo at 1980.

The game went on and my dad won a big brown jerrican, each time we went to a picnic or to the beach, the jerrican was there fully of cool water or lemonade. Both prizes are long gone, guess my parents got rid of them when I was a teenager.

My second early bingo experience is when I was 12 years old, my parents took us kids to a cruise, one of the nicest activities was bingo, well my dad also visited the casino but I was too young to join him

The cruise ship was nothing fancy, I remember we joked about it and named her Exodus. It was a Greek cruise ship, the staff members were all Greek, they had an ok english but we laughed out hearts out from time to time in secret. The cruisers were half British and half Spanish because it stopped in Barcelona on the 3rd day and many Spanish cruisers joined in.

The bingo was so funny, the Greek staff member kept confusing the numbers, he called them up in 3 languages, Greek, English and Spanish at this order. The caller mixed up the numbers really nice, a typical bingo call was (1 ball):

Well none of my family spoke Spanish, we were aware of that because a guy who sat next to our family understood all 3 languages and he told us the caller was kept on mixing up the numbers also because every 15 seconds someone yelled B I N G O. The caller checked the bingo card and said your numbers are not matching. It was a total chaos and totally funny bingo experience, I remember I felt both relived and sad when the game was over, hey we haven’t won anything at that bingo cruise.

Move forward many Years and i now run diamond bingo a review site that I am passionate about and take very seriously. I hope it helps other bingo fans from around the UK find better games, bonuses and much more. 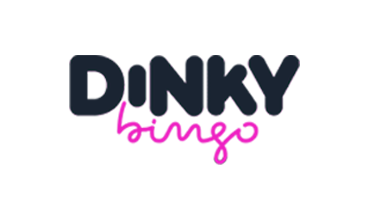