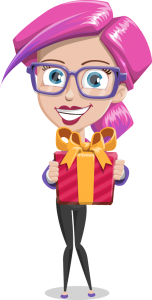 Many people may not realise that bingo sister sites actually exist. They do and you’ll be surprised just how closely related many sites are to one another. Most people will know about bingo networks which are bingo sites all run on the same network using the same software. This makes sense as software development companies sell their product to bingo operators.

Bingo sites can be under the same operators and yet not actual sister sites. Sisters as the name suggests are very closely related and more than likely run by the same company. They may have bought their software from a larger company and/or joined a network with many other bingo sites. Sites in a network may hang out with them but are not real sisters!

Bingo sister sites will have different names but in essence they are identical. You’ll play the same games, in the same rooms, against the same people and have the same chat hosts at no matter which one you play at.

The reason why sister sites are so important is that if you really enjoy your current bingo site and fancy blaming a new welcome bonus…Then joining a sister site is the way to do that.

I hope that made some kind of sense! To find any bingo sites sister then either check the list below, or use the search feature for a quicker option. Once you find the site you are looking for a full list will be displayed along with bonus info and a review.

Playing at bingo sister sites is a wise move. It enables you to try them all, play the same games but get a bonus over and over again.

If you like the look and brand of one more than the others then make that your number 1 choice.

For UK people especially, the tagline “this is Heart” is one they know all too well; an ever popular radio station, Heart Bingo is its loveable bingo cousin. Launched in 2010, this online bingo hub is nine years old, but is still a regular haunt for a lot of users both young and old. But what of its sister sites? Brands such as Kitty Bingo, Starspins, and JackpotJoy are all part of the Heart Bingo family, with more website alternatives set to be on the way. All those belonging to this mini community are licensed sites, regulated by the UK Gambling Commission (UKGC) and the Gibraltar Gambling Authority. What is more, they offer iGaming chiefly aimed at UK players, with the main currency being GBP.

Costa Bingo is yet another well known bingo brand within the UK that promises good bingo, on the cheap, from a range of well known developers. Arguably, it’s the holy grail of iGaming spots. Ever since its launch back in 2009, now over 10 years ago, Costa Bingo has secured itself as one of those cult classics among its fans, with users finding the cheery looking aesthetics and easy to use interface an instant winner. As for its sister sites, e.g. those similar to its sunshine filled pages, they tend to also be operated by 888 Holdings, as well as being licensed by the UK Gambling Commission and the Gibraltar Gambling Authority. Some of the sites associated with Costa Bingo are Monkey Bingo, Giant Spins, Cupcake Bingo, and Jesterjackpots; as you can see, most of the sister sites are heavily themed.

Rarely is the name fabulous given to a brand that doesn’t live up to that promise, and fortunately for users, this is true of Fabulous Bingo. Created in 2011, this is one of the more modern bingo websites, however it’s by no means the youngest — it marries together new and old to create a fun-loving environment. Ensuring that it remains safe, the site is regulated by the UK Gambling Commission and the Alderney Gambling Control Commission, meaning that this is, primarily, a UK focused brand. Using Playtech software, Fabulous Bingo and its sister sites operate in much the same way, offering branded environments in which users can immerse themselves. They’re not always the slickest looking of sites, but they do offer popular variations of bingo to the UK masses.

Established in 2012, Robin Hood Bingo is a novelty themed bingo hotspot for users who love a cheeky game or two of bingo, as well as a chance to spin the reels of a variety of slots. Think of it as a smaller online casino, fashioned with casual gamers in mind. Due to its success, many other sites have been created that act as sister sites to this brand, thus allowing you the chance for a change of pace. Included among the list of Robin Hood Bingo sister sites is Vegas Spins, Ted Bingo, Moon Bingo, and Wicked Jackpots. All of these sites, including Robin Hood Bingo, are licensed by the Gibraltar Gambling Authority and the UK Gambling Commission (UKGC). What is more, the sites are part of the 888 Holdings family.

If you like cats and want to show them some additional love, one of the ways you can do so is by playing with Kitty Bingo, an online bingo site opened in 2012. Although it’s been eight years since it opened its virtual doors, Kitty Bingo is still drawing in users, however for those that are already members, familiarity can start to breed contempt. If this is the case, you can select from a number of Kitty Bingo sister sites, such as Magical Vegas, Big Top Casino, and Lucky Pants Bingo. As you can see, not all of Kitty Bingo’s siblings are bingo based, however the vast majority of them are. Even when they offer different activities, the regulators of the UK Gambling Commission and the Alderney Gambling Control Commission watch over its services.

Sporting a blue and pink theme, the 2011 launched Moon Bingo is a slightly garish online bingo website to join — users will either love it or hate it. If you’re on the fence but know you like what its operators, 888 Holdings, offer, then you’ll love its collection of sister sites; Loony Bingo, Wicked Jackpots, Sugar Bingo, and Tip Top Bingo are just some of the many alternative sites you can visit. If they sound familiar, it’s because we mentioned one of its other sister sites, Robin Hood Bingo, earlier on. As previously stated, these sites are regulated by the UKGC and the Gibraltar Gambling Authority. Think of its sister sites as a means of having a “home from home” when you’re in the mood for a change of scenery.

Foxy Bingo is one of those brands that you now, even if you don’t play online bingo, you just recognise the fluffy faced fun of its web pages. Believe it or not however, Foxy Bingo didn’t come into existence until 2009, thus making it a reasonably new website, albeit by about 10 years now. Regulated by the UK Gambling Commission and the Gibraltar Gambling Authority, this site is a safe and cute themed site that promises a fine array of games. Should you tire of its foxiness, or perhaps you just fancy seeing what else its operators offer, you can visit a number of its sister sites. This include, but aren’t limited to, Lucky Ladies Bingo, Payday Bingo, and Swanky Bingo.

One of the newest bingo sites on this list, Ted Bingo is a contemporary platform that has a love of all things bear related. Its mascot, a fluffy but well suited and booted bear, is its trademark, therefore helping it to stand out from the crowd of other sites also released in 2016. Holding a dual license from the UKGC and the Gibraltar Gambling Authority, this site is one of the many 888 Holdings bingo sites also available online. As we’ve mentioned already, the list of sister sites is long, including the likes of Getbetty, Blastoff Bingo, Diva Bingo, and so on. One of the main features of all of these sites is how novelty themed they all are, thus making them an ideal location for those who want an extra dose of fun with their games.

Sporting software primarily coming from Microgaming, Butlers Bingo is a 2011 established online website that specialises in bingo and slot machines. Decorated with a cheesy but amusing theme, this UK Gambling Commission and Malta Gaming Authority (MGA) site is one that packs a punch with its purple colour scheme. For those that want to move away from the lap of luxury but still experience a similar playthrough, you can visit one of the many sister sites that Butlers Bingo offers. Among the list of alternatives sites are Two Fat Ladies Bingo, Moon Bingo, and Glossy Bingo. In a similar fashion to many of the other brands on our list thus far, Butlers Bingo sister sites are all about novelty themed gameplay.